A Sip of History at Haskell Vineyards

The original farm Dombeya (referring to the many Wild Pear trees on the property) was once a citrus farm, which later included a small coffee shop and a barn where local ladies produced hand-woven blankets and jerseys.

In 2002, American Property Tycoon Preston Haskell IV immediately saw the potential of Dombeya Farm at auction and renaming the farm Haskell Vineyards, the central focus became the creation of unique, terroir-driven wines that would be recognized amongst the finest of their style produced in South Africa.

After many successful years making wine for Morgenhof, Rianie Strydom joined Haskell Vineyards as Winemaker and General Manager in 2004. Passionate about making wine and with exceptionally high standards, Rianie quickly set about putting Haskell Vineyards on the map, competing at the Tri-Nations Challenge held in Sydney, Australia in 2009, effortlessly scooping up awards for ‘Best Shiraz’, ‘Best Red Wine’ and ‘Best Wine of Show’ with Haskell Pillars Syrah 2007, pitted against the best South African, Australian and New Zealand entrants. Known as someone who strives for perfection, Rianie achieved ‘Best Upcoming Vineyard’ by Wine Magazine, and was the first woman to be given membership of the distinguished Cape Winemakers Guild.

Initially it was envisaged that Dombeya would be a second label to the Haskell range, but Rianie rightly maintained that Dombeya was strong enough to stand its own ground and thus the two labels operate as separate entities.

These days the Haskell Vineyards estate of 23 hectares has 14 hectares planted under vine, with grape varietals including Chardonnay, Merlot, Cabernet Sauvignon, Cabernet Franc and Shiraz, all under the watchful eye of Rudolph Steenkamp who took over from Rianie in 2018. Approximately up to 60 000 bottles a year, half of which is sold within South Africa, the remainder exported throughout Africa, Europe, Asia and America.

Continuing Rianie’s approach of passion and hard work, Rudolph has exciting and innovative plans for the wines, and with the idea of creating wine true to terroir expression one has to return to the simplest form of viticulture; farming the soil and not the vine. It is therefore of the utmost importance to Haskell Vineyards to move towards organic farming methods in keeping with our philosophy and commitment to the excellence of Haskell wines. 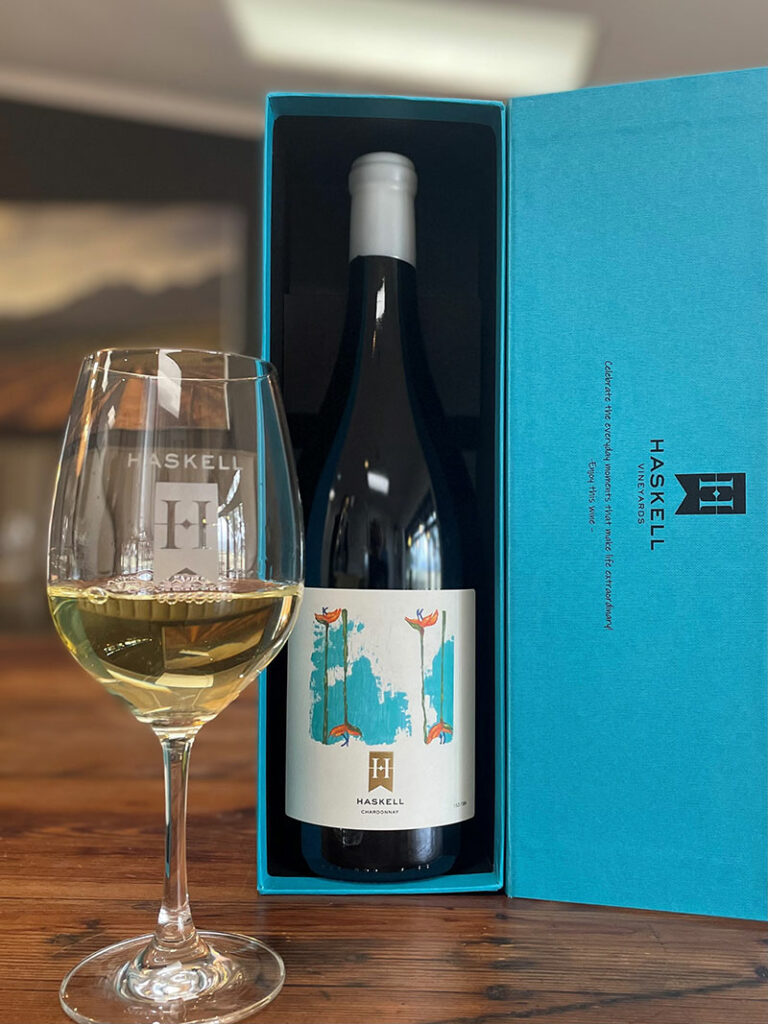 The swan song is a metaphorical phrase for a final performance give just before retirement. The phrase refers to an ancient belief that swans sing their most beautiful song before their death.

Block 11 is a very old block and it was planted in 1989. Although the harvest is very low because of dry land, it still produced high quality grapes and the grapes in this Chardonnay are our very last from this block.
Replanting process is currently in place.